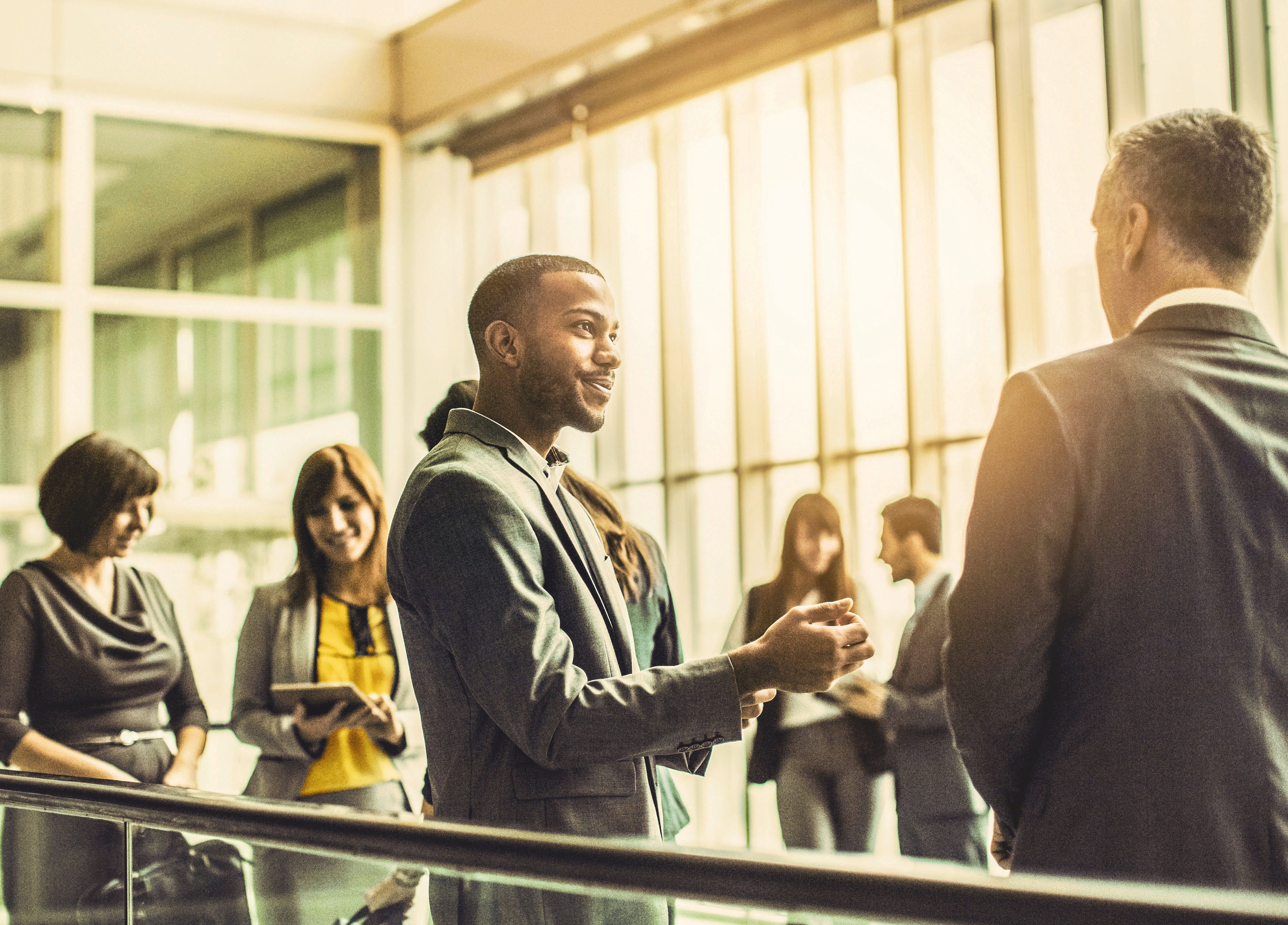 In compliance with paragraph 3.59 of the JSE Listings Requirements, the board of directors (“Board”) of the Company wishes to advise shareholders of the following Board changes:

The Company is pleased to announce the appointment of Nosipho Molope as an independent non-executive director of MTN Group, effective, 1 April 2021.

She has a wealth of experience in telecommunications, packaging, agricultural and petrochemical sectors. Having been a director and chairman of the audit and risk committees in various MTN operating companies, she is well versed in the challenges and complex regulatory requirements of the markers, where MTN operates.

Nosipho currenHy serves on the boards of several MTN operating companies, including South Africa, Uganda, Rwanda, Zambia and eSwatini. In addition, she is a board member of Old Mutual Limited and South32 Coal Holdings Pty Ltd as well as the Engen Ltd.

She is commercially astute and has a deep level of technical accounting knowledge with an objective and broad-minded approach that stems from her multi-sector experience as well as her exposure to diverse cultures.

It is anticipated that Nosipho will resign from all MTN operating companies by 31 March 2021, including MTN South Africa. MTN South Africa is at an advanced stage in identifying her replacement, as audit and risk chairman.

The Chairman and the Board believe her extensive experience and knowledge of MTN is invaluable and her contribution will greatly enhance the Board’s deliberations.

MTN is also pleased to announce the appointment of Noluthando Gosa as an independent non-executive director of MTN Group, effective, 1 April 2021.

She has solid experience in telecommunications. In 1997, she was appointed as a founding member of the first independent telecommunications regulator, ICASA and was 1 of 6 Councillors tasked to set up the regulator in South Africa. Noluthando then joined Investec Bank and spent 3 years as a sell-side analyst, focusing on the telecommunications sector.

Noluthando is also an extremely experienced deal maker and businesswoman, having spearheaded numerous joint ventures and acquisitions in multiple sectors and having enjoyed considerable success as an entrepreneur. In parallel, she has served on multiple boards, including Investec Asset Management (now NinetyOne); AON SA and Broll Property Group.

Pursuant to her entrepreneurial success, she is currenHy the chief executive officer of Akhona Croup and is serving as a director on various companies where she is a shareholder. She is also a non-executive director of ArcelorMittal SA.

The Chairman and the Board believe Noluthando’ s entrepreneurial spirit and strategic ouHook will be key to the Board, in light of M TN’s growth aspirations. Her unique telecommunications experience will also bring a new perspective to the Board.

The Board wishes both Nosipho and Noluthando success in their new roles.

MTN announced on Friday that it has completed a comprehensive review of the Group strategy with a focus on accelerating growth, deleveraging the holding company debt and unlocking value. The revised strategy will be presented in more detail following the release of MTN’s 2020 full-year results in March 2021.

To support the Group’s strategy execution, MTN Group announced the appointment of a new Group Chief Financial Officer (GCFO) as well as changes to the Company’s regional structure and the Group Exco.

We are pleased to announce the appointment of Tsholofelo Molefe as the new GCFO. Tsholofelo (51) will take up the position as soon as practically possible in 2021, but by no later than 1 October 2021.

She is a qualified chartered accountant, CA(SA), and brings deep financial, risk and telecommunications experience. As Telkom’s GCFO since 2018, as well as its Chief Risk Officer and Deputy CFO prior to that, Tsholofelo played a key role in the strategic transformation programmes at Telkom.

Prior to working at Telkom, Tsholofelo was the Finance Director at Eskom as well as the CFO for First National Bank’s Personal Banking division. She is also a Non-executive Director on the board of Curro Holdings.

Tsholofelo will also join the Group board and take over from Sugentharan Perumal who has been acting in the position of GCFO since 1 September 2020.

“We are thrilled to have an executive of Tsholofelo’s stature join us,” said MTN Group President and Chief Executive Officer Ralph Mupita. “The board is confident that she has the experience required for the position. She will play a critical role in the growth of the business and unlocking of shareholder value.”

Changes to the regional structure and the Group Exco

Ebenezer, 52, joined MTN in 2008 and is a highly experienced executive who has held senior positions in the Group, including CEO of MTN Ghana and CEO of MTN Rwanda. He is also a board member on a number of companies within the Group.

Yolanda, 43, joined MTN in January 2020. Prior to that she was Vodacom’s Chief Officer of Strategy and M&A and CEO of Vodafone Ghana, which saw her named telecom CEO of the year in 2018.

The SEA region is critical to MTN’s growth ambitions and presents a good opportunity for growth in mobile financial services. It also has the largest potential for further expansion. With her extensive experience in telecoms and finance, Yolanda will play a key role in driving growth and strategic progress in the region.

Serigne Dioum, Group Executive for Mobile Financial Services, will join the Exco as the Group Chief Digital and Fintech Officer. Serigne, 46, joined MTN in 2009 and has an established track record in the telecoms sector, with strong experience in mobile financial services (MFS).

Before joining MTN, he held senior positions in MFS, operational marketing, value-added services and data at Orange. Serigne is highly qualified and experienced to drive digital innovation and financial inclusion as well as build and scale these platforms as part of MTN’s growth strategy.

Kholekile Ndamase, Group Executive for Mergers and Acquisitions (M&A), will assume the new Exco role of Group Chief M&A and Business Development Officer. Kholekile, 40, joined MTN in 2016 from RMB, where he led the equity-based financing business and was responsible for financing solutions and M&A execution.

Kholekile’s experience and leadership capacity is important to the group’s portfolio optimisation drive, itself key to the strategy. This includes the asset realisation programme, which aims to reduce debt, simplify the portfolio, reduce risk, improve returns and take advantage of expansion opportunities.

These executive changes follow those announced in October: Karl Toriola as CEO designate of MTN Nigeria and Ferdi Moolman’s appointment to the new exco role of Group Chief Risk Officer. Both are effective from 1 March 2021.

Commenting on the latest appointments, Group President and CEO Ralph Mupita said: “We are excited about our journey of growth and it is important to ensure that the management capacity is in place to sustain and accelerate our key strategic ambitions. Today’s appointments follow the recent management announcement we made on the 26th of October and continues the process of further deepening the skills and experience required to lead the Group’s ambitious drive into the future.”

“Not only do these appointments safeguard continuity in the growth of our leading and scale connectivity business on the African continent, but, importantly, also support the acceleration of our digital platforms, de-risking of the business and unlocking of value. I am also particularly pleased with our continued steady progress in adding to the representation of women in our senior leadership team, which underlines MTN’s strategic focus on diversity and inclusion.”

“I look forward to the contribution of the appointed executives in driving the company forward,” he concluded.

The Group Exco will be as follows: