MTN Group is proud to announce the launch of Africa’s first Mobile Money (MoMo) artificial intelligence service or “chatbot”. The chatbot went live in Ivory coast in May and will be rolled out across MTN’s MoMo footprint in the next few months.

Commenting on the launch, MTN Group President and CEO, Rob Shuter said, “We are passionate about bringing the power of our mobile money solutions to more than 60 million customers across Africa over the next few years. Harnessing modern technologies like artificial intelligence can improve in scale, how MTN interacts with customers, enabling them to reach us anytime and anywhere, through a variety of channels including social networks and messaging applications. We can also harness the power of artificial intelligence to provide our customers with the right answers to their questions at the right time.”

Shuter added, “We are committed to improving financial inclusion with a range of solutions aimed at addressing the needs of various market segments. While MTN has made great strides in these areas, we will continue working to deliver our vision for MTN to become one of the largest Fintech players across our footprint.”

MTN Group (MTN) has noted recent media stories, based on a Bloomberg report, which carry unsubstantiated rumours and inaccuracies that the PIC is pushing for changes to the Board of MTN.

MTN regularly engages with its shareholders where we have robust, constructive, open and transparent discussions about the business. A key part of that engagement is the governance roadshow with investors that, over the last two years, has been held ahead of the AGM. During these roadshows MTN Group engages with the PIC and other major investors on matters of governance, strategy and financial performance.

With regard to the Bloomberg report concerning the MTN Chairman Phuthuma Nhleko, contrary to what the story alleges, the PIC requested that the board consider extending Phuthuma Nhleko’s term longer than he had originally intended to remain Chairman. MTN Group applied its mind on the request, and considering other issues around the board evolution, asked Phuthuma Nhleko to stay until the 15 December 2019 to ensure an orderly hand-over to the Chairman designate, Mcebisi Jonas.

The MTN board evolution and the setting up of the International Advisory Board (IAB) were communicated to shareholders and broader stakeholders on 3 May 2019 following a proposal by the nominations committee of the board and approved by the board as standard good governance. These changes were discussed with major shareholders during this year’s governance roadshow ahead of the 2019 AGM, with the PIC supportive of the changes.

The board evolution and rotation of non-executive directors was done in line with the King IV Guidelines and strengthens expertise and perspectives to ensure that the business has the appropriate skills and experience as the business executes on its strategy and ambition to be the leading digital operator in Africa and the Middle East. The process of the board evolution has been ongoing and was commented on in the 2017 Integrated Report released last year.

Similarly, the primary purpose of the IAB is to provide general global and/or sector specific perspectives that may enrich the perspectives of the operating company’s Board as it strives to contribute to certain areas of development in the countries in which it operates.

The construct of an IAB is one that is adopted by a number of global multinationals that operate in varied and multiple jurisdictions across the world.

While this is not prevalent in South African domiciled companies, such Boards advise a number of global companies quoted on major global bourses. The IAB was conceptualised by the MTN Board before the PIC increased its shareholding in MTN.

MTN Group remains appreciative of the support it has always had from the PIC as a major and long-standing shareholder of the business. 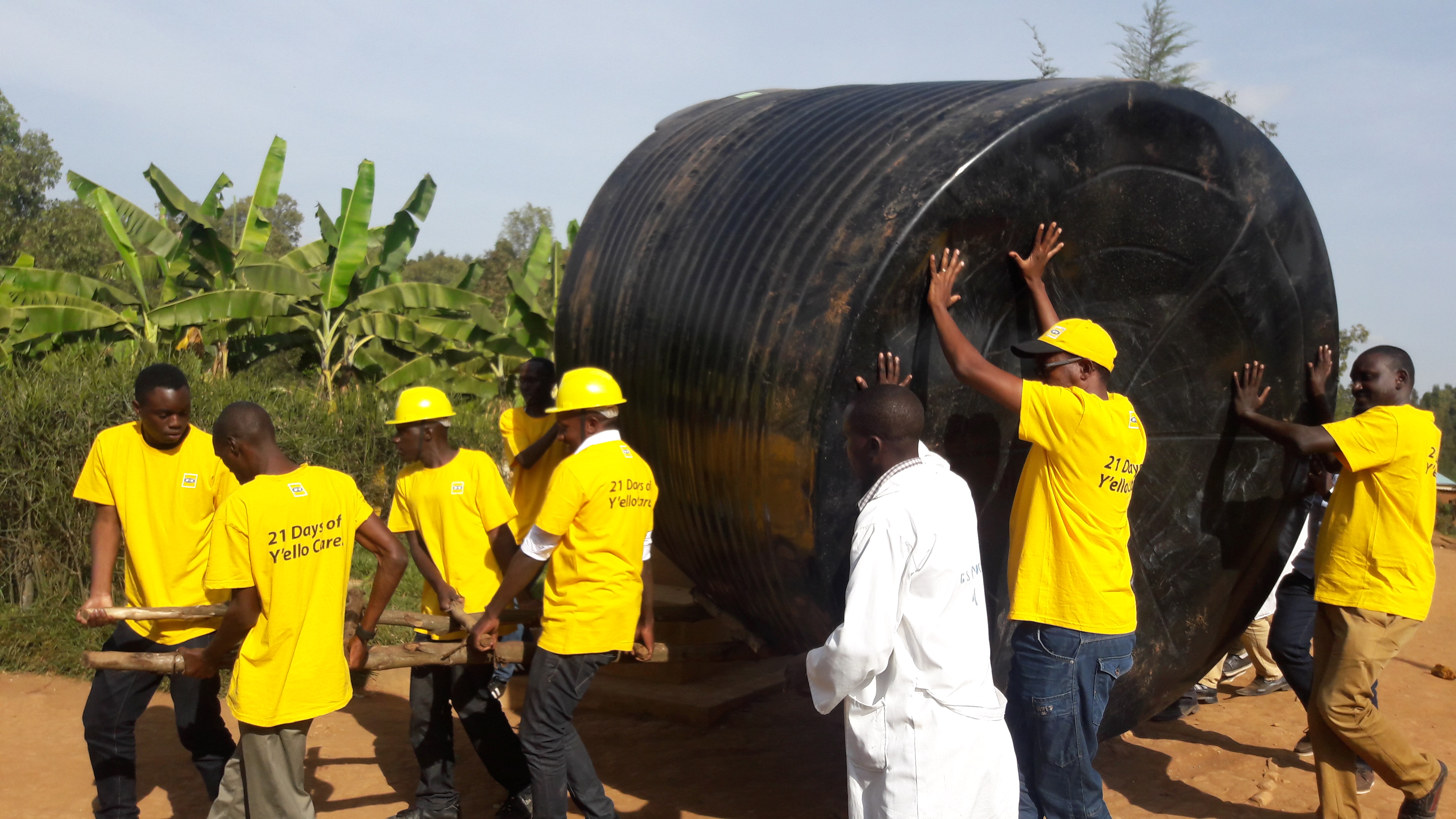 Africa and the Middle East, which are home to MTN’s 21 markets are characterised by an ever-increasing youthful population. While this dynamic presents exciting potential, it also poses some challenges, one of which is youth unemployment.

It is against this backdrop that MTN hosts its 13th edition of 21 Days of Y’ello Care, its annual employee volunteerism programme which runs from 1 to 21 June across the company’s footprint. MTN recognises the enormous potential that young people have to drive economic growth and help their communities to thrive. Hence the company will continue with youth empowerment as its theme for the 2019 Y’ello Care campaign.

Commenting on the campaign, MTN Group Executive for Corporate Affairs, Nompilo Morafo, said: “We believe that if we all join forces, youth empowerment can be realised and the prevalence of youth unemployment eradicated. Our goal for this year’s Y’ello Care programme is to do our part to support young people and help tackle various issues they face.”

Morafo adds, “As the leading mobile operator in emerging markets and given our understanding of the transformative power of digital innovation, we constantly seek opportunities to connect people with technology, so that all our stakeholders can enjoy the dividends of the digital age. As we embark on the Forth Industrial Revolution, we wish to help equip the youth with the skills and knowledge they require to effectively prepare themselves for the digital future.”

Some initiatives that MTN’s operations will engage in include: the establishment of an ICT hub for youth by MTN Business Kenya, computer skills training and an entrepreneurship fair hosted by MTN Benin, aimed at supporting young people to improve their employability. MTN Cameroon’s employees will help construct a multi-disciplinary skills enhancement training centre, while employees in Afghanistan will build a network-based research centre for students in the Information and Communication Technology Institute.

All participating Opcos stand in line to win monetary prizes, which are to be re-invested into community upliftment programmes in their market. These include the Group President & CEO prize of US$100 000, while the two recipients of the Vice President regional awards will each receive US $30 000.

Changes to the Board of MTN Group