Ever since mobile phones could connect to the internet, it seems that almost every job has the potential to go beyond the typical 9 to 5.

A quick text to a colleague, an important email from a client, a video call with people across the world – these tasks no longer require office hours. Mobile technology has altered the way we work forever. While we marvel at (or bemoan) our extended workdays, farmers have been doing it for centuries. Neither crops nor livestock are concerned about the numbers on a clock or the public holidays on a calendar. The farmer’s day does not end when the sun sets; because when the sun sets the farmer has to worry about whether his or her livestock is safe and secure, or whether that cow might give birth at midnight, among a range of other concerns. In an innovative world, this is where technology comes in to ease and optimize the workload.

Innovation for farmers comes in the form of cloud-based technology and the Internet of Things. This pillar of Industry 4.0 has led to the creation of smart collars for livestock.

When an animal wears a smart collar, the farmer can track its location and health in real-time.

Rather than wondering whether a predator or a thief is going to get away with an animal in the middle of the night, smart collars minimise the guesswork. If, for example, a predator enters the territory of farm animals, the heart rate of the farm animal will increase and the farmer will be alerted about the distress immediately. Naturally, alerts from the smart collar are sent straight to the farmer’s phone in the event of a potential incident. The ability to prevent rather than react to incidents results in fewer animals lost, and more money saved in the long run. 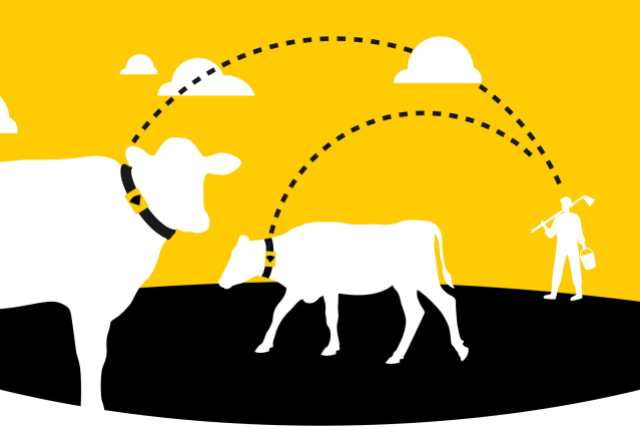 In countries like South Africa, smart collars are helping to prevent the theft of livestock as well as the ability to identify an animal if it wanders over to a neighbouring farm. The combination of a smart collar, cloud-based management and a user-friendly digital interface also enables farmers to gather data and identify behaviour patterns, which lead to more informed decisions about managing livestock.

Smart collars have made an impact on Africa’s rhino poaching problem as well. MTN partnered with IBM, a university in the Netherlands called Wageningen, and a game reserve called Welgevonden to create and deploy smart collars for animals in danger of being poached. Whenever the behaviour of an animal in the game reserve changes (as they do when hunters approach), game rangers receive alerts and are able to act quickly.

With more than 1000 rural sites installed by MTN in Africa, more livestock farmers have the ability to use smart collar solutions. When connectivity becomes the enabler to solve age-old problems, technology becomes so much more valuable than answering a late night email.

If you enjoyed this article, read about how crop farmers are using IoT solutions here.

MTN YES Programme – a catalyst for growth and development

Connectivity, but not at the expense of biodiversity

We live in an era of rapid change and constant ripple effects...

How Mobile Money is Making a Global Impact

Technology has made our world many things...